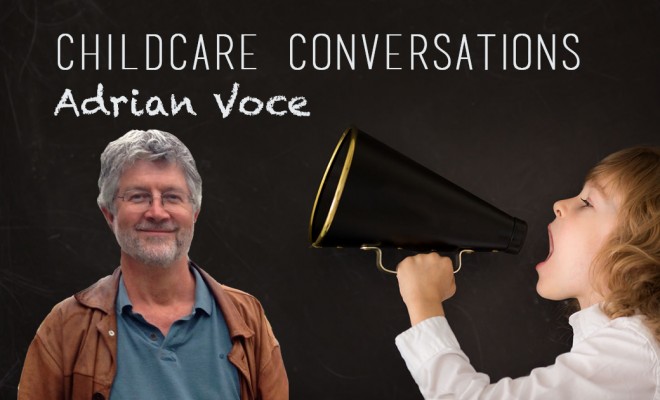 Above all, writer Adrian Voce is a passionate advocate for children’s play, which his latest book ‘Policy for Play’ uncompromisingly describes as a child’s ‘forgotten right’. In conversation with First Discoverers, Adrian reveals some thought-provoking observations about childcare issues, explains why working with children is a privilege, and calls for an end to the ‘institutionalisation of childhood’.

“… more a playworker than a childcare worker”

Careerwise, Adrian Voce recalls how, even before he became a parent, he felt very fortunate to be working on adventure playgrounds: “… my working life was a kind of reverse of the norm. Most other people went home to their families at the end of the day. I used to get the feeling I was coming home each day that I went into work …”

Role definition is significant for Adrian who definitely regards himself ‘more as a playworker than a childcare worker’, and it’s uplifting to hear his explanation of why the distinction is important: “I think children playing … are as vibrant and alive as humanity gets and it’s a huge privilege to be in that world again, with the reflective capacity of an adult.” Continuing, he confesses himself: “… driven by the need to help create [play] opportunities for children who may not otherwise have so many of them.” 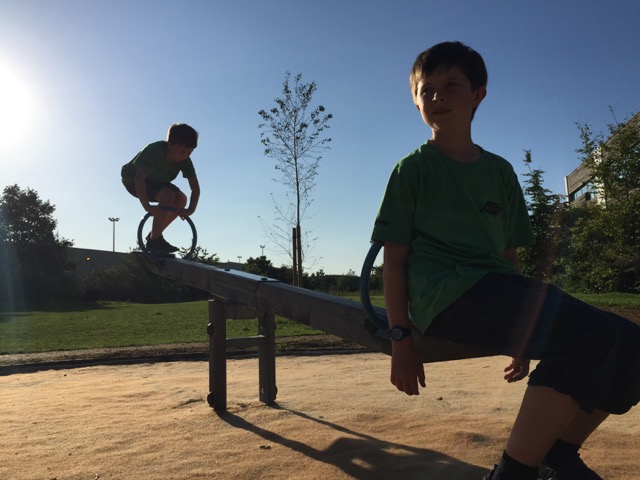 Discussing inspirational moments he has experienced, Adrian recounts a moving story which will resonate with all childcare professionals:

“I worked as a special needs assistant, supporting a boy with mobility difficulties to take part in the mainstream education system. He was a normal little boy with a love of play and sport, and a real competitive nature. But his legs didn’t work very well and he spent a lot of time on his hands and knees. He was a great crawler! My job was to intervene as little as necessary to enable him to be part of the class, but mainly to just let him get on with it.

One sports day in Year 2, he lined up with other kids for a beanbag race between two teams. When it was his turn to race, the boy from the other team who lined up against him, when he saw who he was up against, without any cue or instruction from the adults or other kids, just instinctively dropped to his hands and knees so that they could have a fair race. I thought that was quite special.”

Read more about disability and inclusion in our article: Disability and Inclusion: Making Outdoor Play Accessible

As a respected consultant on public provision for children’s play and a founding director of Play England, Adrian is clearly a dedicated campaigner – so look away now if you are easily unnerved by forthright opinion expressed by a committed children’s activist –

“I’d like to see the tenets, knowledge and skills of playwork recognised as core to the skill-set required for all childcare workers, in both early years and after school settings; and a reversal of the insidious institutionalisation of childhood that I fear is a result of our obsession with a very narrow measure of education.”

On schools and childcare:

“Rather than focusing on children being school-ready, it’s time we took a few big steps back and asked whether schools and childcare are really children-ready.”

“The message [parents] get is that they are over-protective, paranoid even, for being wary to let their children out alone … what is ‘risky play‘ for example? It does not sound like something I would like my children to be doing! I think it’s an ill-advised label for a sensible, professional approach to managing risks …” 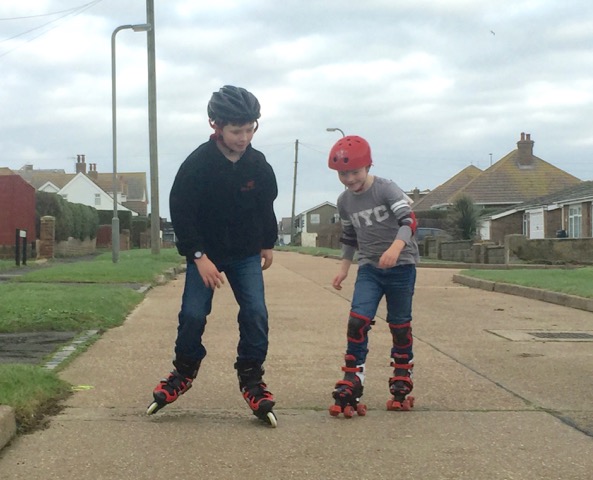 You can read more about Risky Play here.

Working with others on a national campaign to persuade government to make children’s play a policy priority enabled Adrian to voice his playwork philosophy:

I think children should be in supportive environments where they feel safe and secure enough to be themselves … to explore, invent, manipulate and discover. [They should have] access to the elements, a wide range of loose parts and materials … and opportunities to climb, hide, build, jump, balance, swing and all the other things a playful child wants to do … their playful nature will do the rest.”

Nevertheless, as he recounts, political intervention eventually succeeded in transforming an enlightened, groundbreaking approach into a roller-coaster ride:

“This led to the national Play Strategy for England of 2008, an ambitious 10-12 year plan with many different elements, that was designed to make England the best country in the world for children’s play. Seeing this scrapped after only two years, by people who did not even understand what it was, was pretty tough …”

“… there is a wider responsibility to make the public realm safer … for children.”

Moving on to discuss the supposed perils of play, Adrian’s playworker perspective on adventure play evokes a nuanced response. When asked if children can ever be ‘too safe’, he observes:

This is a big question and it depends what we mean by safe. Emotionally, no: the more loved and accepted a child feels, the more resilient, creative and adaptable they will be. But physically, denying children the incremental freedoms they need to explore the world on its own terms is not really keeping them safe, but rather protecting ourselves from the objects of our own anxiety … I wonder sometimes whether we put too much focus as a sector on the whole issue of risk and safety … Another problem I have with some of the current discourse about risk is that it tends to overshadow the fact that some of the risks parents are concerned about are all too real … [with] traffic, for example, they may have a real concern about exposing children to roads that are many times busier and more dangerous than they used to be. If we want parents to be more willing to allow their children the freedom to play outside, then there is a wider responsibility to make the public realm safer – and seen to be safer – for children.”

And finally, Adrian’s advice to anyone considering a career in childcare is predictably upbeat and enthusiastic:

Go for it! Working with children is the most enjoyable way to make a living that I’ve ever had the privilege to follow. Be real, don’t patronise them … they will respond to that and reward you with absolute trust … I think children need that feeling of a safe place, where they can be themselves and know that they are OK, no matter what. I think a good playworker (childcare worker, teacher) gives them that.” 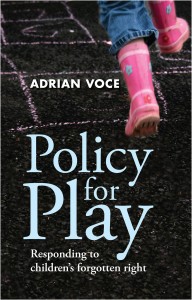 Adrian Voce OBE,  is a writer, consultant and campaigner specialising in policy, planning and funding for children’s play. He was awarded an OBE for services to children in 2011. Adrian has produced a number of influential publications and appeared often in the national media speaking and writing about play policy. His new book, Policy for Play, was published in Autumn 2015. When he is not working Adrian can often be found enjoying some of the fruits of his labours in London’s parks and playgrounds with his two young sons, Eran and Theo. 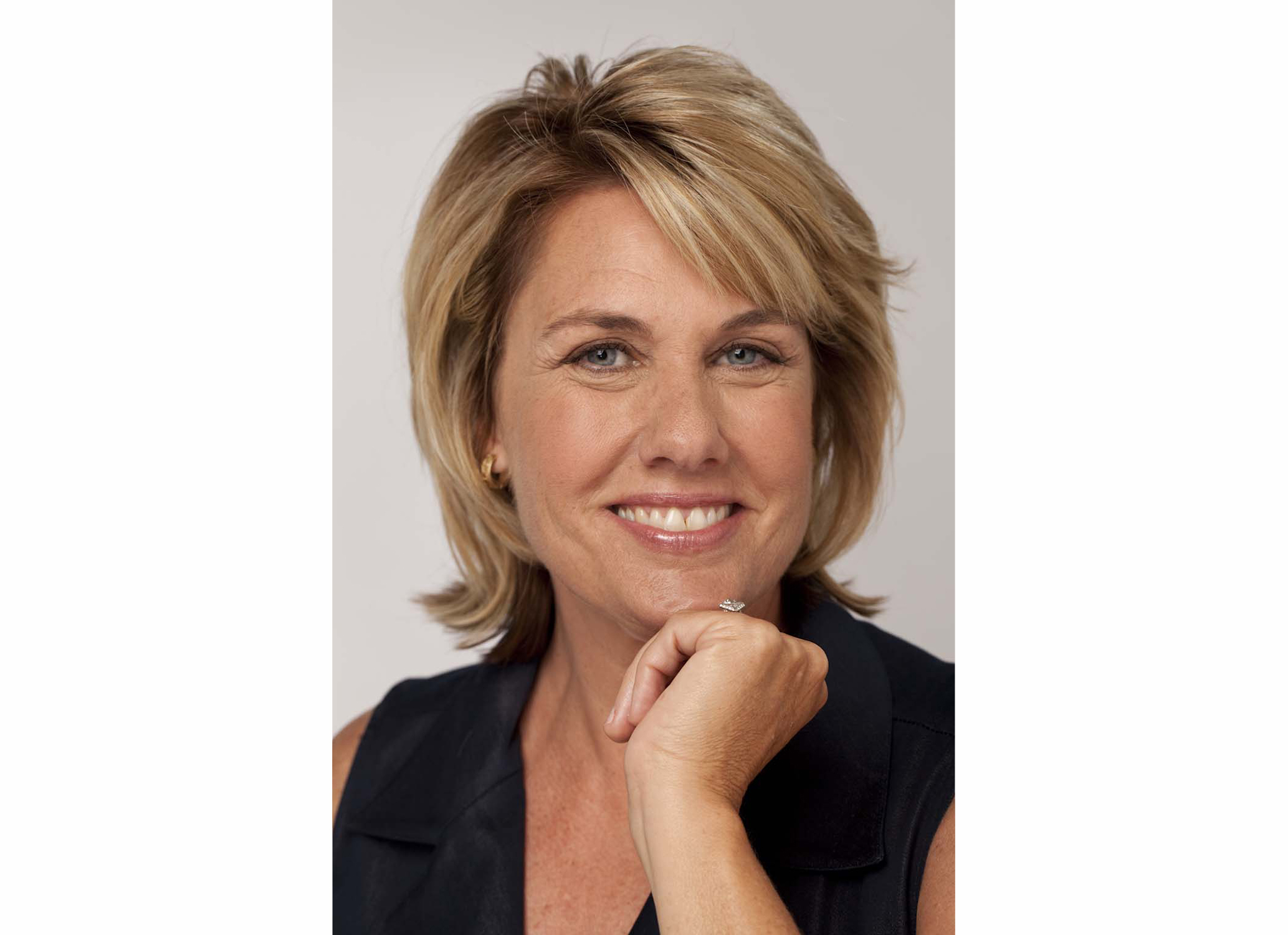 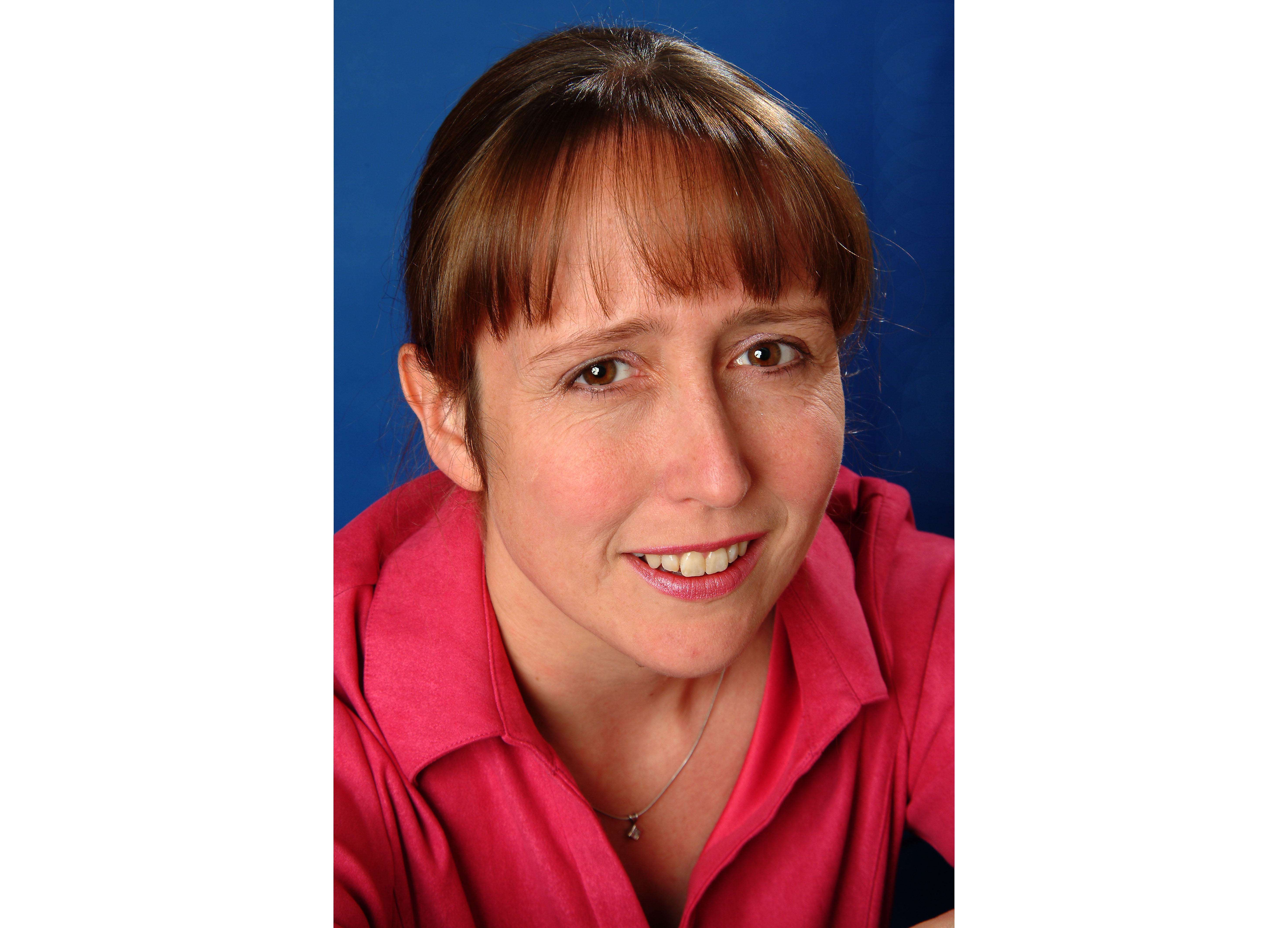