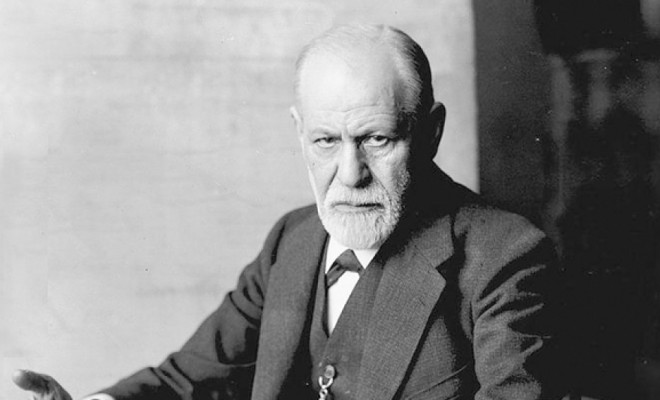 Sigmund Freud (1856-1939) created a psychoanalytic theory of personality which suggests human behaviour is the outcome of interactions and conflicts between three hypothetical component parts of the mind: the id, ego, and superego.

Freud’s “structural theory” of personality emphasises the major importance of how conflicts among these sectors of the mind – which are primarily unconscious – shape and influence our behaviour and personality.

In Freud’s view, personality is acquired and developed during childhood, and is critically shaped via a succession of five psychosexual stages – the Freudian psychosexual theory of development. And every stage presents the child with a conflict between his own biologically driven needs and social expectations. According to Freud, the successful negotiation of these internal conflicts will lead to the progressive mastery of each developmental stage, and thus lead ultimately to the development of a fully mature personality.

A central feature of Freudian belief is the importance of unconscious processes: Using an iceberg analogy, Freud suggested the conscious mind was merely the tip of the iceberg, with the unconscious mind represented by the vast expanse of ice submerged below. Freud considered we are largely unaware of why we do the things we do – a notion which is still much discussed by those researching memory.

Freud’s ideas have not remained unchallenged by critics – a feature which is to some extent the result of his primary focus on sexuality as the fundamental driver of most aspects of human personality development.

– neurosis: A mental disorder characterised by fear and/or anxiety; less acute than psychosis because there is no evidence of a detachment from reality (e.g., in the form of hallucinations).

– psychosexual: something which relates to both psychological and sexual features.