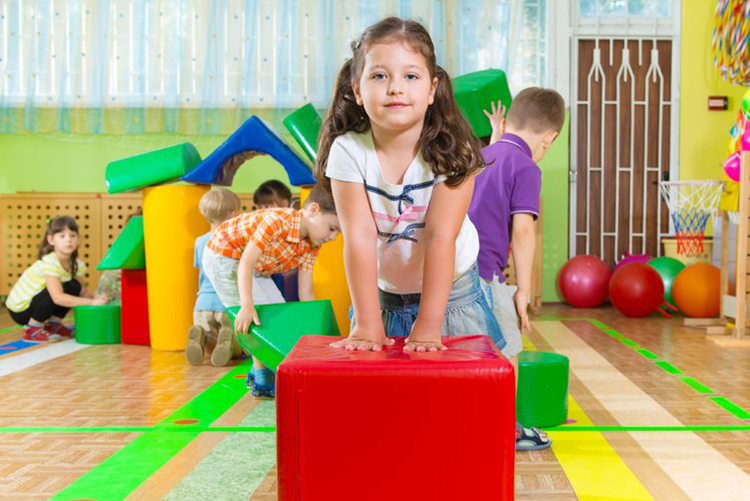 ‘It is vital that when educating our children’s brains, we do not neglect to educate their hearts.’
(Dalai Lama)

Any young child raised with parents and carers able to respond with love, understanding, and clear common-sense guidance, has an excellent chance of learning how to relate to other people. First the child discovers other people are fun to be with, that they will look after you, and make you happy. Then later, the child learns others have rights and needs of their own, and that, by studying the feelings of these others, it’s possible to make them happy too. So begins the child’s pathway to being at ease with himself and with others, which generally leads to the development of a confident and articulate adult who can be independent and yet also respect other people.

This process of learning to live in a family which is also part of a broader society is a key feature of child development which has been carefully studied over many years. Some of the most influential theories explaining how children acquire social and emotional understanding during their early years are discussed below.

Bonding between a child and its mother begins in the womb, and Figure 1 identifies some of the elements which help the newborn infant to consolidate this special bond.

John Bowlby’s attachment theory proposes that the establishment of relationships with caregivers is a critical feature of child development which has a lifelong influence on social relationships. Defining attachment as a ‘lasting psychological connectedness between human beings’, Bowlby (1980) believed ‘the propensity to make strong emotional bonds to particular individuals (is) a basic component of human nature’ and identified four characteristic features of this phenomenon which are illustrated in Figure 2 below:

In support of his observations, Bowlby noted that a child able to rely on a primary carer was less fearful than those lacking such reassurance. He also asserted this confidence was the outcome of healthy development from the infant to the adolescent stage and had a lifelong effect. Moreover, Bowlby was sure this was a learned expectation: because a carer has been responsive, a carer will always be responsive.

In addition to bonding with a mother figure, a child will also form multiple close ties with other family members. These relationships all help the developing child to feel secure – which is one reason why early years settings encourage each child to develop an attachment to a regular carer. Despite this grounding, the emergence of separation anxiety at around six months of age is a feature of normal development which may continue until the toddler is three years old. During this extended period, outlined in Figure 3, a child may cry and show signs of distress whenever the mother, or another principal carer, leaves. This phenomenon should never be viewed as a social regression. It tends to occur in part because, even though an infant’s social and emotional awareness is growing, there is still only a limited understanding of ‘object permanence’: thus if any object is seen to disappear, for the child there is, as yet, no certainty that it will ever reappear.

One of the infant’s major developmental tasks is gaining the ability to function as a separate individual. In the earliest months, the child is totally dependent upon its mother before then gradually becoming ‘egocentric’ and able to think about and express its own needs. Freud saw this as a tripartite, psychodynamic process involving the sequential appearance of three elements – the id, the ego, and the superego.

According to Freud (1910), the id is the most primitive and instinctive part of the human personality which responds directly to perceived wants and needs, and is therefore present from birth. Developing considerably later, the superego is a moralistic conscience which is able to consider the views of others, and the ego’s developing role is to moderate the tension between these two often-conflicting perspectives. In combination, these elements determine the important features of an individual’s personality.

B.F. Skinner’s (1969) theory of operant conditioning looks at the socialisation process a growing child experiences in terms of operants (responses) which serve to influence future actions. Thus strong parental approval immediately following some desirable behaviour is likely to encourage and reinforce such behaviour, whilst parental disapproval immediately following unwanted behaviour will reduce the likelihood that such conduct will be repeated.

Taking a more interactive view of social and emotional development, Bandura’s social learning theory, (Bandura, 1977), holds that children’s behaviour is influenced by observing others being rewarded (or disadvantaged) – both parents and peers – for behaving in a certain way, and then imitating those rewarded behaviours. Bandura also believed that this observation, imitation and modelling enabled older children to ‘self-regulate’ their actions. This concept proposes children develop observed new behaviour via intrinsic reinforcement which must conform to acquired internal standards – a sense of pride, satisfaction and personal achievement – and suggests they will thus experience a sense of personal failure if they do not meet those standards.

Therefore, what begins as a natural response to external rewards eventually becomes a more ‘mature’ internalised response involving a gradual shift of the child’s locus of control – see Figure 4 below.

Figure 4 The evolution of social learning

Emphasising the central importance of social factors, Vygotsky (1981) considered the child to be primarily an apprentice who learns higher order functions directly from social interaction with ‘more knowledgeable others’. In addition to parents, these can also be carers, other adults and older children who provide essential support within a cultural environment.

Speaking of learning advances and how these are acquired, Vygotsky argued that:

‘Any function in the child’s cultural development appears twice… First it appears on the social plane, and then on the psychological plane.’

Whilst both Piaget and Vygotsky describe children as active, hands-on learners, Piaget believed child development was universal, whilst Vygotsky maintained each culture provides different ‘tools of intellectual adaptation’. Thus, for example, some societies rely on note-taking to store information, whereas oral cultures value memorisation and rote learning – an idea which has implications for teachers in multicultural contexts.

For Vygotsky, child learners had a ‘zone of proximal development’ (depicted in Figure 5) representing all the skills and knowledge a child alone cannot presently understand, but is potentially capable of learning through some form of guided social interaction. This concept explains, for example, why a child appears to lack certain knowledge, yet demonstrates the expected competence with prompting, or often just in the presence of a teacher or other learners.

In an overarching work about the ego which adopted a developmental focus, the American psychologist and psychoanalyst Erik Erikson proposed what is described as a psychosocial theory. This attempted to classify social maturation as an eight-stage model of psychosocial development spanning infancy to adulthood. Erikson’s theory held that each developmental phase required the individual to resolve a conflict between ego development and social factors. According to Erikson (1959), everyone’s development follows the same path, but each individual experiences varying (positive or negative) outcomes during each phase, and a child suffering negative setbacks will have to deal with unresolved crises in later life. (The teenage ‘identity crisis’, for example, is Erikson’s own phrase describing the ‘adolescent’ phase in his model).

The first four of Erikson’s stages, which are relevant to early childhood, are illustrated in Figure 6 below:

In more detail, these early stages of psychosocial development are characterised as follows:

1. Infancy (0-1 year) – the infant develops trust or mistrust in itself and others; the attachment figure – the mother, or another primary carer – is central.

2. Toddler (2-3 years) – the child develops autonomy or shame, becoming either more independent or developing shame and doubt; parents and significant carers are central at this stage.

3. Pre-school (4-5 years) – the child shows initiative or guilt, and is on a quest to discover what sort of person he is; the extended family are significant at this point.

4. Childhood (6-12 years) – the child is industrious or feels inferior, with an attitude proclaiming ‘I am what I learn’; in an expanding social world, home, school and friends are all important.

Opportunities for social and emotional development

Primary socialisation occurs within a child’s family during the early years of life. However, a nursery or similar preschool context will often be a child’s first experience of secondary socialisation and it is true to say that every social interaction in this new environment represents a developmental occasion. In practice, it is the opportunities for children’s play – even, or perhaps especially, the free, unstructured types of play – which usually provide the optimum chance for the reinforcement and extension of such vital life skills.

Childcare professionals are, of course, engaged in work which is essentially practical, and it would be entirely wrong to suggest any psychological theory has the final answer to every question facing those who have children in their care on a daily basis. Theory is of most use to professionals as a means of analysing care and learning situations – which includes evaluating resources, and its use as a language to describe what is taking place. Simple discussions and sharing of experiences between colleagues are often the best means of relating contextual issues to the underlying theoretical concepts. And whilst such exchanges can sometimes highlight the useful limits of a certain theory, they can also unearth productive new approaches too.

Learn more about how to nurture emotional literacy in your setting, and how to encourage emotional development.
References