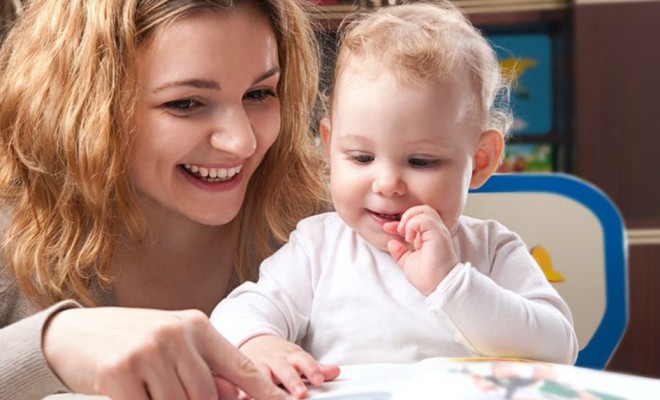 The second of the overlapping Early Years Foundation Stage (EYFS) phases extends from 8-20 months. Here, the ‘yearling’ emerges from the true infant stage and, bolstered by ever-increasing confidence and competence, this tiny human apprentice presses on with their developmental journey with renewed vigour. Though evolution is clearly a gradual process, this phase can feel much as if the baby is in real frontier territory: the tenderfoot soon to become committed to finding his feet, and voice too – joint developmental landmarks which will enhance and change his life for ever.

Observing this trainee communicator conducting endless vocal experiments to acquire and shape the sounds and rhythms of speech, scientists as far back as Charles Darwin have been struck by the parallels between the approach adopted by babies and that of young songbirds. The human fledgling, like his avian counterpart, first produces immature babbling vocalese.

As this becomes more accomplished, the repertoire becomes more controlled and speech-like, calling to mind the rhythmic ‘scat’ singing of a jazz-singer as well as the ‘subsong’ babble of juvenile songbirds. In both bird- and human scenarios, each novice receives extensive parental input and encouragement, with the consequent imitation eventually yielding precious song/word fragments. 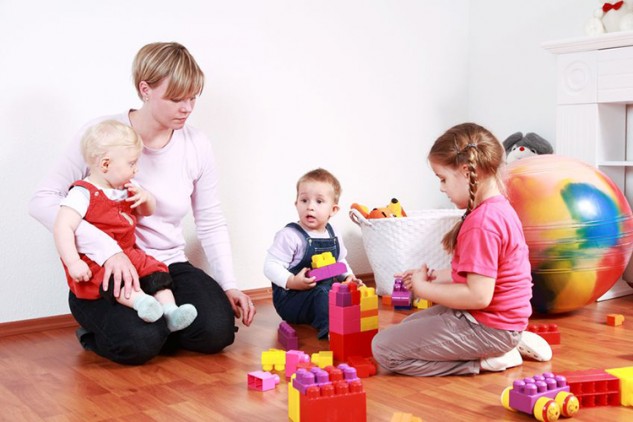 Intriguingly, young songbirds also have the capability to reproduce the songs of other bird species, just like babies have the capacity to speak other human languages, but parental reinforcement determines the actual nature of the finished output. This attribute is rare in the animal kingdom and, because of all these factors, scientists now believe some avian/mammal neural pathways share similarities which could ‘shed light on how some (human) babies learn to talk faster and more accurately than others’1.

You can read more about Language Development here.

Returning to the exclusively human domain, the move from the babbling phase towards true speech links this behaviour to Jean Piaget’s final 3 of 6 sub-stages in the sensori-motor phase of his theory of cognitive development2, characterised by the ‘deliberate planning of steps to reach an objective’ (4), ‘experimenting with new behaviour’ (5), and using ‘primitive symbols’ whilst forming ‘enduring mental representations’ (6). Vygotsky would likewise find the evidence consistent with the first ‘vague syncretic stage’ of his language development model3, where the child exhibits ‘pre-intellectual speech’ accompanied by ‘pre-verbal thought’; and Vygotsky would also regard the parental input as the critical social context essential for development to occur.

Even deaf babies usually pass through a babbling phase, though for them, its gradual dwindling away signals a heartbreaking return to a silent world. Parents, caregivers and childcare professionals need to be alert to this, and other signs of deafness, because any residual hearing capacity can, and must, be fully utilised to maximise the child’s hearing at this crucial stage of the language acquisition process – giving the child the best possible chance of developing normal patterns of speech.

If you want to read more about sensory impairments, read our article: The Effect of a Sensory Impairment

Despite a lack of functional speech, babies at 12-20 months are, of course, assembling a collection of the more-easily acquired nouns, and it is no accident that these constructions, which use only the most basic phonology (sound system), include the most fundamentally important components of the child’s world: ‘baba, mama, dada, nana, meme …’ However, it is important to remember too that one-year-olds and upwards have a superior grasp of ‘receptive’ language – the true extent of their understanding – and that, as with adults, their deployment of ‘productive’ language – functional speech – is markedly inferior.

Quite startling evidence of the real understanding of young children continues to flow from developmental psychologist, Alison Gopnik and her contemporaries. Gopnik’s4 own work, describing how 18-month-old toddlers quickly learned to match both ‘odd’ and ‘even’ pairs (chosen entirely at random by researchers, and without ‘explicit linguistic cues or cultural scaffolding’) in order to complete a task, reveals these babies employ relatively sophisticated ‘causal higher-order relations’, during task-solving, ‘an ability which could play a crucial role in further learning.’

However, writing in the Wall Street Journal, Gopnik signposts even more astounding research from Stahl and Feigenson5 demonstrating that toddlers as young as 12 months’ old were able to perceive the properties of objects appearing to behave in bizarre and unexpected ways. During experiments, babies witnessed balls apparently passing through solid walls, or rolling off tables to remain suspended in mid-air. Given the balls to play with, the children were observed either banging them against hard surfaces, or dropping them to the floor in anticipation of replicating the ‘floating’ behaviour – each response specifically triggered by whichever type of experimental illusion the baby had previously witnessed. Apart from the amazing insight this study provides about the perceptive powers of tiny learners, educators will also note the continuing effectiveness of novel experiences to promote really meaningful learning at any age.

Finding behavioural methods to test babies’ reactions in order to assess their perception is a well-established research strategy. In an early example, Lee and Aronson’s6 study (1974), the first to identify the role of vision in monitoring posture, placed toddlers who had learned to stand on a solid floor inside a specially constructed room with three moveable walls. In ‘normal’ mode, the children were able to balance properly, but once the moving walls came closer, or moved further away, each child swayed and experienced a loss of balance.

In every case, the toddlers’ reaction was the same: leaning forward when the walls came forward, and backwards when the walls moved away. These results show that, when learning to walk, toddlers rely heavily on stable visual feedback from a ‘fixed’ visual landscape in order to control and balance the necessary motor functions, and that anything distorting this visual flow quickly precipitates a loss of balance. Follow-up studies also demonstrated that the visual abilities required for walking did not develop in parallel with motor capacity – non-walking crawlers displayed exactly the same sway-reaction when sitting in the experimental room. In addition, researchers discovered the balance loss to be most acute during the first three months, after which the effect began to subside.

Though the prelude to walking and talking is undoubtedly demanding for toddlers, they continue to show an undaunted zest for expanding their universe, supported by an insatiable curiosity inspired by the unexpected; a superbly adaptable neural-plasticity mechanism custom-built for rapid learning cycles based on experiment/analyse/reset/repeat; and powerful perceptive abilities which continue to surprise us at every turn.