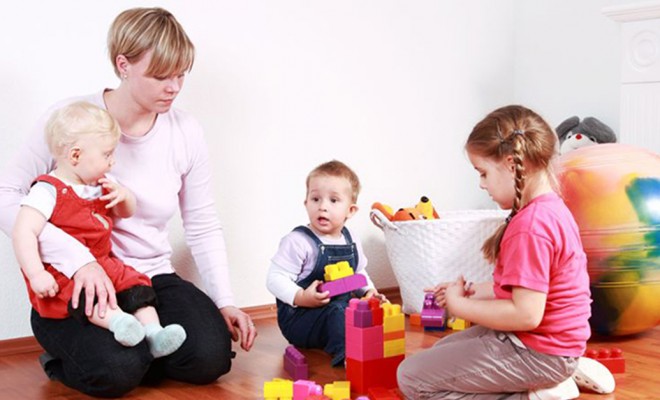 The term ‘infant’ – from the Latin ‘infans’: meaning speechless – is characteristically applied to young children up to 12 months, which suggests this is also a useful designation for those children covered by the Early Years Foundation Stage (EYFS) ‘0-11 months’ descriptor. Bearing in mind the EYFS developmental time frame also incorporates the four-week newborn period, this article reviews how established early-child development theories relate to the infant phase, before examining some recent research exploring the stunning advances made by these ‘speechless’ fledglings driven by a hungry and impatient evolutionary imperative to understand the world to which they have been summoned.

Arnold Gesell’s theory1 (1925) took a maturationist view, proposing infant development was primarily determined by heredity with advancements occurring without major environmental influence. Nevertheless, despite its simplistic biological assumptions, many other theories built further on its core premise of sequential maturation.

The behaviourist theories of B. F. Skinner2 (1974) and others countered Gesell’s focus on nature by emphasising the central role of the nurture provided by adults and carers. Thus, in behaviourist terms, it is this (adult) positive reinforcement acting on the ‘blank slate’ of the infant mind which critically shapes development.

For Erik Erikson3 and his psychosocial theory(1959), however, the first phase of the infant’s life journey is depicted as a conflict between trust and mistrust: if the environment is loving and emotionally secure, the child blossoms, but those who suffer abuse will likely find their advancement blighted.

Jean Piaget’s constructivism4 (1952), on the other hand, regarded the child’s individual interaction with the environment as the paramount mechanism prompting cognitive growth – firmly placing the relatively speechless and inactive infant within Piaget’s initial sensorimotor stage.

Shifting the focus outwards, Lev Vygotsky’s sociocultural theory5 (1978) underlines the importance of language, social interaction, and society’s broader expectations, as evidenced by the enthusiasm with which parents and carers stimulate and support the infant’s attempts to socialise and learn.

Zooming out even further, Urie Bronfenbrenner6 (1989) perceives the infant to be at the heart of a full-blown bioecological system – as represented by his landmark diagram of broadening concentric circles. Despite the fact that a tiny infant is predominately influenced by the innermost Bronfenbrenner circle – namely, its own microsystem of parents and family – Bronfenbrenner would nevertheless argue that each layer of this outer world exerts an influence in proportion to its distance from the centre, and that any theory of development which attempts to separate each component and ignore this systemic relationship is incomplete.

Prior to the 1960s, newborn ‘blank slate’ research was hampered by the fact that very little more than motor behaviour was explored. A closer inspection of gaze activity then ushered in the concept of very young infants ‘able to perceive and understand … the environment before they are able to actively act on it.’7   This development greatly encouraged newborn research. Now, for example, it has been established that – nine minutes after birth – newborns can: ‘perceive patterns of faces, discriminate between curved/rectangular 2D shapes, conceive the unity of partially hidden objects, and discriminate between smaller numerosities (black dots in 2s or 3s).’7

Similar reservations have been expressed about infant attention spans – even EYFS development guidelines suggest attention is ‘not under a child’s control’ at this stage. However, given the benefit of modern research initiatives, Gopnik8, has an alternative view:

[Read more on the Linguistic Development]

Scientists such as Michael Meyerhoff 9 now confidently assert that ‘babies’ intellects are working, and working very well, long before they can talk‘, and bearing this out, US research into infant babble at eight months, completed in 2014, tells us:

‘… infants whose mothers responded to what they thought their babies were saying, showed an increase in developmentally advanced, consonant-vowel vocalisations, which means the babbling has become sophisticated enough to sound more like words … The infants were using vocalisations in a communicative way … because they learned they are communicative.’10

And a 2015 study of brain activity in 11-month-old infants, conducted by scientists from Warwick University11, found a biological predisposition to linking images and sounds, giving infants both the tools and insight to understand that spoken words relate to real-world visual objects – the gateway to speech.

If you want to learn more about early language development, have a read of our Developing Language article.

Meltzoff12 proposes that imitation is a favoured mode of infant learning, and both parents and childcare professionals would surely concur with his observation that ‘mutual imitation produces a powerful impression in both infant and caretaker that they have psychologically “made contact”, that they are in a relationship.’ And once this behaviour is established, he believes, ‘the infants’ ability to detect that something out there in the world is like them, and can do what they do, has cascading developmental effects.’

Emerging evidence suggests infants and newborns may have a relatively simple, ‘knowledge-lite’ mode of learning which optimally equips them for the noisy intricate world they have recently encountered. Researchers believe that a ‘multidimensional world’ demands ‘mechanisms that allow (infants) to immediately adapt to that environment.’ As a result, they argue, the ‘mind of the newborn might be better prepared to extract invariants from complex, multimodal situations.’7

Modern research thus provides us with evidence that each rational infant arrives with at least three custom keys to help unlock the mysteries of life: innate, evolutionary-coded knowledge; powerful, purpose-built learning abilities; and a loving family comprising of the most patient and dedicated teachers a child could ever wish for.
[References]