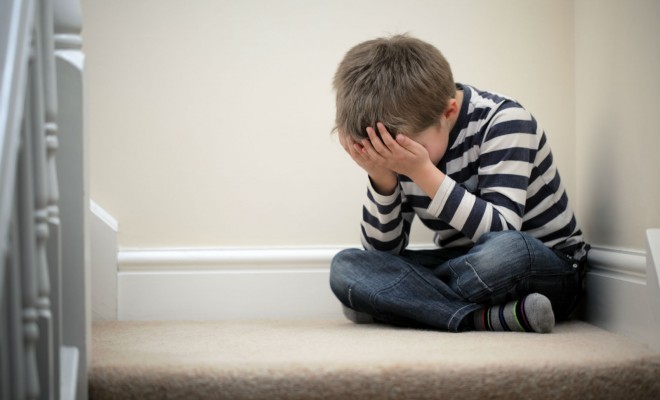 Conflict happens. And the only thing that really prepares a young child for conflict is the experience of conflict itself. Even for adults, conflict situations can sometimes arise alarmingly quickly and catch us (relatively) unawares. Nevertheless, interpersonal conflict is not only unavoidable, but also an opportunity for healthy growth and development. Thus childcare practitioners have two primary responsibilities when dealing with the inevitable occurrence of conflict situations:

As will become apparent, ‘managing’ conflict in an early years setting by no means implies always stepping in to sort out every conflict. If this is the default response, Bilton cautions:

A child’s initial response to a conflict situation will be overwhelmingly determined by previous life events and experiences. Most importantly, these will include the norms set within the child’s own family – especially how parents handle personal conflict, as well as the child’s relationship with other siblings and friends.

However, even though each child approaches conflict in their own unique way, childcare professionals will find that an individual evaluation of what Garnett terms ‘starting points’ will be both informative and productive in suggesting conflict strategies:

‘Each child has a conflict ‘starting point’. Her temperament and any early experiences of conflict will influence these starting points. Positive or negative experiences of conflict will affect a child’s dispositions and her core beliefs about her life. As a result, a child will have developed some sort of primary conflict strategy. This could be assertion or withdrawal, aggression or passivity.’ (Garnett, 2018)

In this sense, a child’s starting point can be established by considering three interactive factors: temperament, disposition and conflict experience. These are now considered in turn.

All children are born with a certain temperament, though many of the dominant traits only become apparent as a child grows. These innate, biological features which make each child a distinct individual, were defined by Thomas & Chess (1977) as a set of nine distinctive characteristics (see illustration below): 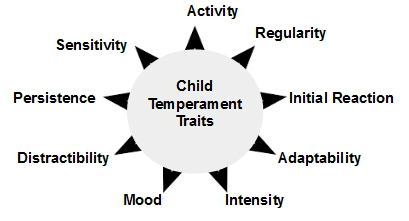 As a result of their long-term study, the authors determined three common patterns of temperament characteristics: easy, moderate and difficult. Figure 2 shows the category descriptions adopted to outline the nature of children in each respective classification. 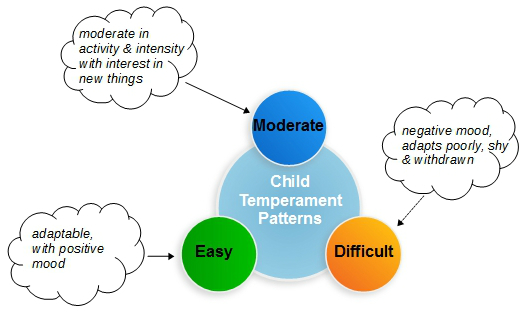 Critics will rightly caution that labelling a child can create a self-fulfilling prophecy – for example practitioners may approach a ‘difficult’ child expecting certain outcomes, therefore perhaps ignoring other outcomes which don’t ‘fit’ with that assessment. However, provided this danger is kept in mind, adapting one’s approach according to whether a child is proving ‘intense and active’, or ‘moody and sensitive’, simply increases the chances of connecting well with that individual.

Furthermore, as well as being the essence of good practice, acknowledging where the child is at and working from that position also maximises positive development. Though temperament is innate, anyone can grow as an individual – especially when given sympathetic support. Hence the value of assessing and classifying temperamental attributes to inform childcare best practice.

Katz defines a disposition as:

‘… a pattern of behaviour exhibited frequently … constituting a habit of mind under some conscious and voluntary control … intentional and oriented to broad goals”. (Katz,1993)

Once recognised, these habits of thinking and doing naturally include dispositions which are of positive benefit to the child, such as empathy and resilience. But equally, there will be other dispositions, such as being selfish or impatient, which are considered relatively undesirable in most contexts. For practitioners, the task is always to look to promote desirable dispositions whilst also weakening the impact of those which are likely to have an adverse or detrimental impact upon the child’s development prospects. 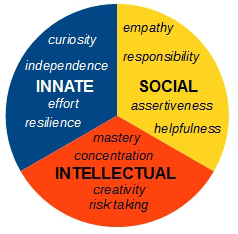 Common sense, confirmed by research outcomes, implies that a child’s early experience of family conflict situations will tend to shape the strategies that the child is likely to adopt in later conflicts involving other children.

Garnett too echoes these concerns:

‘Children exposed to unresolved and destructive conflict between parents are more at risk of emotional and behavioural difficulties.’ (Garnett, 2018)

Referencing this strategy as ‘emotion coaching’, Mainstone-Cotton comments that:

The basic aim of all such strategies is to move children from confrontation to negotiation, a process which Thornberg characterises as progressing from ‘simple conflict’ to ‘elaborate conflict’ (see Figure 4).

‘Conflicts in which children simply insist, or use other strategies that lead to a relative lack of information from which compromise and conciliation could be derived, have been called “simple”, and these conflict sequences generally escalate in nature. Conflicts that include reasoning and attempts to compromise can be called “elaborate”, because they contain strategies that give the partner information about the speaker’s perspective and which resolutions the speaker may find reasonable. This elaborate reasoning more often tends to lead to resolution compared to simple verbal messages. Simple strategies lead to simple strategies, and elaborate strategies lead to elaborate strategies … peer conflicts are usually resolved by insistence resulting in a win-lose outcome.’ (Thornberg, 2006) 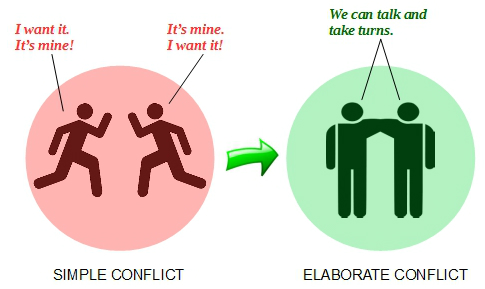 The youngest children will naturally be limited in their types of play, but as their language and social skills develop, so their play interests expand too and they begin to experience and work through conflict situations. Figure 5 outlines the general conflict resolution capabilities of average children in the 3-5 age range: 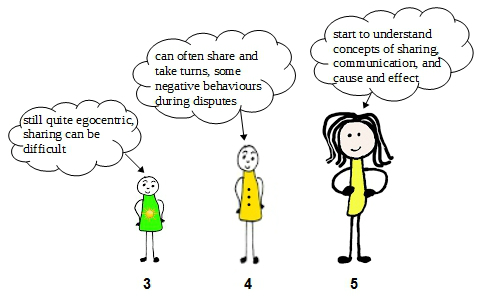 Figure 5: Conflict according to ages and stages (Inspired by Miller &Church)

Those who value quick, snappy solutions could do worse than adopt the four-step ABCD method:

A – ask about the problem;
B – brainstorm some solutions;
C – choose the best idea;
D – do it!

One advantage of this easily remembered approach is that it’s simple enough to be used by younger children too.

At a deeper level, Garnett visualises the conflict resolution process as a 7-phase pyramid structure, highlighting the use and development of emotion-focused language skills as a key part of an ongoing conflict resolution strategy. The individual elements of the phase sequence are illustrated in Figure 6 below:

A walk through this process gives us the following staged intervention:

Assemble: A calm and impartial gathering of the child participants which uses a soft voice and eye contact at child level.

Affirm: A fact-finding moment which describes the narrative from each perspective and acknowledges the feelings of all (a sportscaster role).

Recap: A restatement of the incident and issues, in suitably paraphrased format, which both confirms to the participants that their problem has been heard, and also ensures each hears the other’s perspective.

Extract: Informed by the previous step, a phase in which important details are checked with each child in turn.

Solve: A set-piece stage in which the childcare professional encourages all of the children to develop a solution. Encouraging broad participation to ‘learn the lessons’ of such encounters and creating an atmosphere of tolerance and reconciliation are the major aims of this routine.

Backup: Provide any adult support necessary for whatever solution is to be trialled.

Praise: Offer generous verbal encouragement as the proposed solution get under way.

Developing a climate of problem-solving

Perhaps the hardest part of any conflict strategy is knowing when not to intervene. It’s always a fine judgement, but if as an adult monitoring the situation you can see no one is getting hurt and that some problem-solving behaviour is emerging, then there’s usually a strong case for holding back and watching how things develop.

This response assumes a developing community awareness in which childcare professionals can lay the groundwork which helps children to become more emotionally intelligent. These principles can then be brought into action and embedded and refined as necessary during the course of conflict mediation.

As a practitioner, you can continually model and reinforce the desired conflict-management behaviours your children are encouraged to adopt. Such classroom opportunities could include:

Giving children the chance to participate in decisions which will affect the community (e.g. how certain classroom spaces are used).

When children primed with such learning witness and experience conflict situations they are then much better placed to handle the powerful emotions such episodes can often release. And furthermore, they will be acquiring and practising a set of social skills which will last them a lifetime.