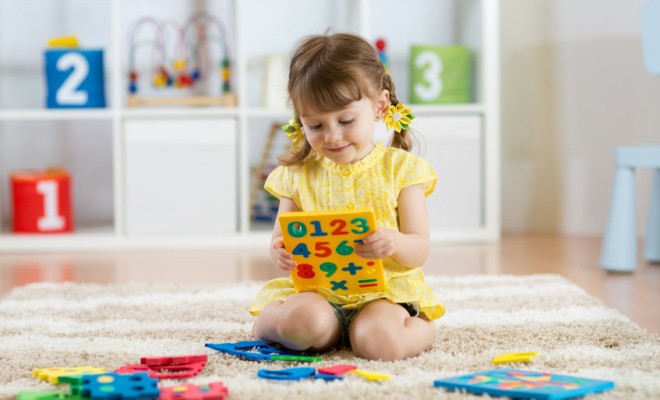 Number recognition is a key skill to learn during the early years, and there are many ways in which you can encourage this in your early years setting. We’ve already explored activities to support the development of numeracy skills in general; in this article we’ll concentrate specifically on helping children to learn their numbers.

When planning number recognition activities, there are a few points to keep in mind:

Draw lots of chalk circles on the ground outside, with a number inside each (1 to 5 or 1 to 10, depending on how much space you have), distributing them evenly so that you end up with several 1s in circles, several 2s in circles, and so on (make sure you have enough for each child playing the game). Call out a number and each child has to find a circle (bubble) with that number and stand in it. Make it more fun by blowing bubbles over the children in between each round.

Take a small group of children out for a walk around the neighbourhood – or perhaps combine it with a visit to the local park – hunting for numbers along the way. There should be plenty of opportunities for number spotting, for example on front doors, gates, buses, cars, posters etc. Get the children to call them out when they see them. 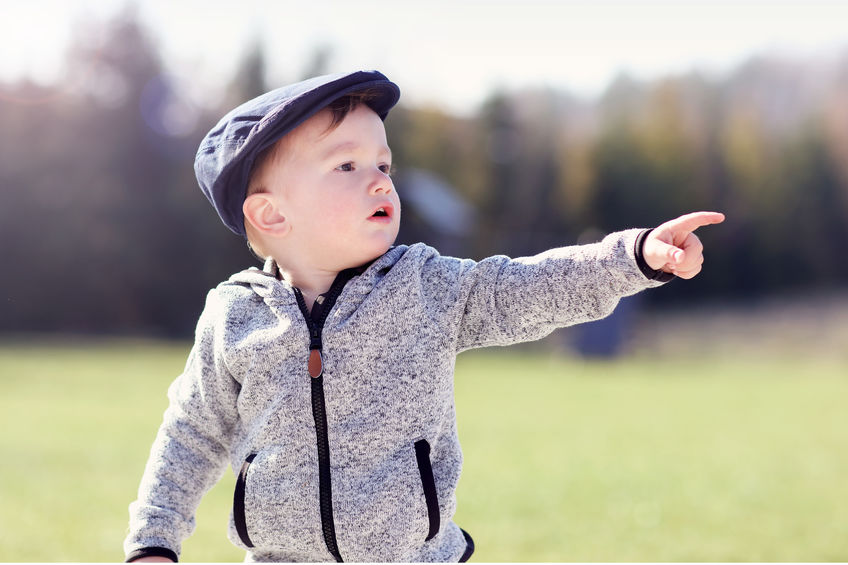 Make your own giant dot-to-dot in the playground, by chalking numbers on the ground that the children have to connect in the right order to make a shape or picture. For younger children stick to simple shapes using fewer numbers; for older children you can make it a bit more difficult.

Go to the park and collect some conkers. Back at the nursery, draw the numbers 1 to 10 on the ground in a row with chalk, using both numerals and words, and get the children to line up the right number of conkers underneath each one. (Obviously outside conker season there are plenty of other objects you could use for this activity, eg petals, leaves or items from inside.)

Take a sheet of card and make a grid of six squares, labelling them 1 to 6 using both numerals and words. Roll a die and keep a tally in the squares of how many times each number comes up. Children could do this individually, each with their own separate grids, or in pairs or small groups using the same grid but their own dice. You could turn it into more of a game by adding a competitive element. 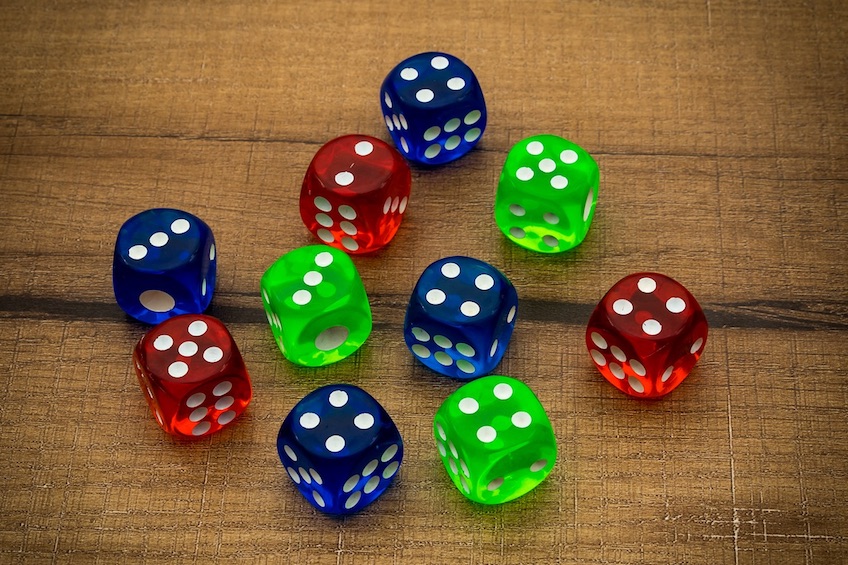 This is a musical variation of the bubble game. Lay out some foam number tiles on the floor, making sure you have plenty for all of the children playing (if you don’t have foam tiles, make your own using some card but tape them down so that they don’t slip). Play some music and get the children to dance around; when the music stops, call out a number and they have to jump onto a corresponding tile.

Using some number shape cutters, make some sets of number biscuits with the children and then use squeezy icing to stick the right number of decorations onto each biscuit (e.g. eight raisins on the number 8, three raspberries on the number 3 etc). 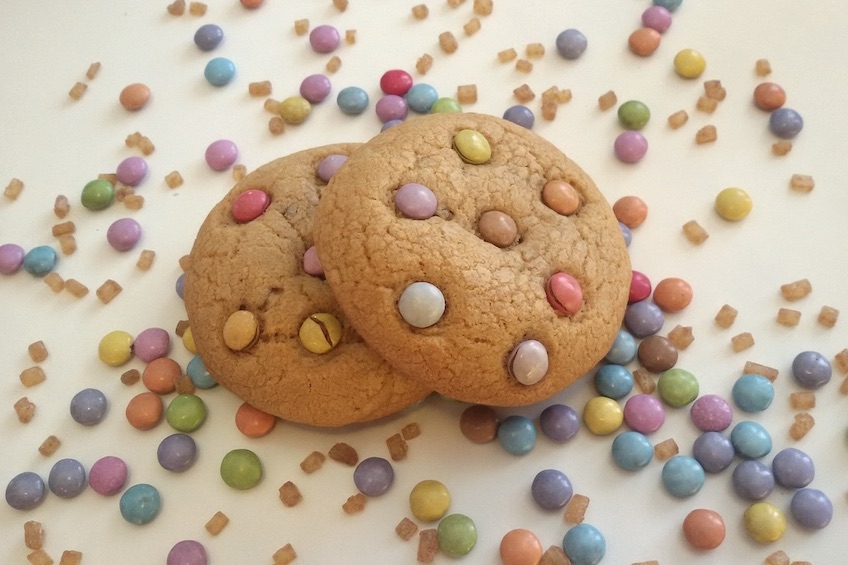 Help the children make biscuits with different numbers of decorations, counting them out as you put them on

Here are a couple of ideas for throwing games to help with number recognition. One is to get a set of buckets and label them 1 to 5 (or 1 to 10), then the children have to try and throw the right number of beanbags into each; another is to use a target mat and the children have to try and land the right number of beanbags in each numbered segment.

There are lots of ways in which you can incorporate number recognition into craft activities. One idea is to draw some outlines of ladybirds on a piece of paper, then number them and get the children to add the right number of spots to each. A couple of variations on this include drawing birds and sticking on tail feathers, or drawing monsters and sticking on googly eyes. 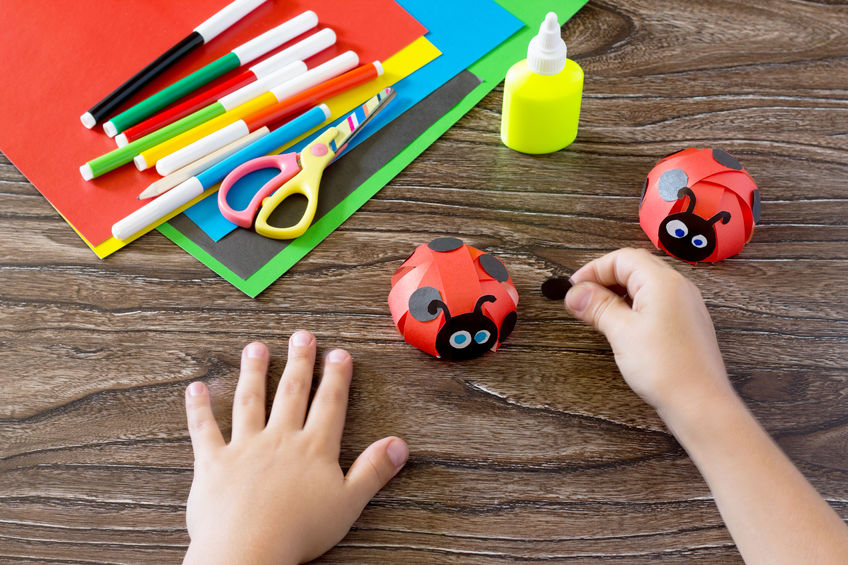