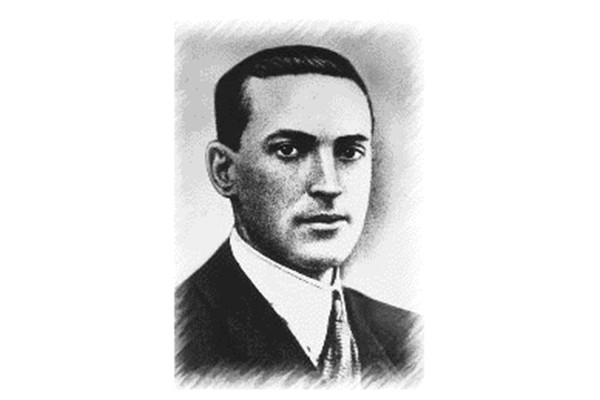 The Soviet psychologist Lev Vygotsky, who died in 1934 aged 37, developed some important fundamental principles about child learning and development which form the basis of today’s Social Development Theory. Had he lived on into the 21st century, Vygotsky would have had much to say about the all-pervasive technologies of our time, and it is hard to believe he would not have wished to contribute to the debate about how these advances will impact upon the lives of our children.

Via this virtual interview, First Discoverers are privileged to give this eminent leader of the Vygotsky Circle a long-overdue opportunity to offer comment …

First Discoverers: First of all, Mr Vygotsky, Lev, we gratefully acknowledge the vast contribution you have already made to our understanding of how child development occurs. There have been so many changes since you last spoke about how our little ones learn. For instance, the digital age is bringing us new solutions to old problems, but some of our childcare experts worry that introducing technology in a childcare setting is squeezing out time for traditional toys, books and ‘good old-fashioned play’. So what’s your view on that?

Lev Vygotsky: Ah yes, I thought you might ask that … Perhaps we could begin with a little history. I have created a simple diagram which traces the introduction of some of the technologies we use to help our children learn.

As you can see, each adds something more to the learning experience: books have text and pictures; radio has sounds; TV has text, sound and moving pictures; and so on … Words won’t disappear but, for all of us, new forms enhance the meaning and thus extend the learning opportunities.

And as for play, if little Alexei’s legs won’t let him crawl, why can’t he have fun building blocks on screen – and most especially knocking them down again? And if all his friends want to play, shouldn’t they be able to share his joy and play on screen with him too?

FD: I see what you’re saying. But even some toddlers are now allowed to play with iPads. Don’t you think that’s just a bit too young?

LV: I think you know I don’t look at things quite like that. So if you want a set of stages these children must pass through, then you’ll need to talk to Jean Piaget about that – and he’ll also advise you to wait until the child is ready to ‘discover’ the iPad for himself! However, we know that parents don’t wait, they encourage their children to learn. And we know too that what these children most want to do is what they see their parents, and their brothers and sisters doing. The little ones learn, and are helped to learn, because they are all part of the same family. It’s social interaction, and it’s one of the most powerful ways the young child learns: the child and his family read books together, they watch TV together … so now they play on iPads together. As I have said before, ‘the child not only masters the items of cultural experience but the habits and forms of cultural behaviour.’ (Vygotsky, 1929)

FD: So does that mean all our pre-school children in childcare settings must now have iPads?

LV: You ask me a complex question … Let me say first how unfortunate it is that your education system is still largely built around my learned friend Piaget’s big idea – that there are certain stages which all children must pass through. Nevertheless, you are now also accepting that the quality of a child’s early interactions (with family, friends, at the nursery etc.) determine the quality and speed of his development. But even I must accept that an iPad is just one of many cultural tools which are now part of our society, and these tools alone can only supplement, but never replace, the love and nurture expressed through language and human interaction. The sense of belonging this creates is what really drives little Kristina, Nikolay and all the others to want to learn in the first place. 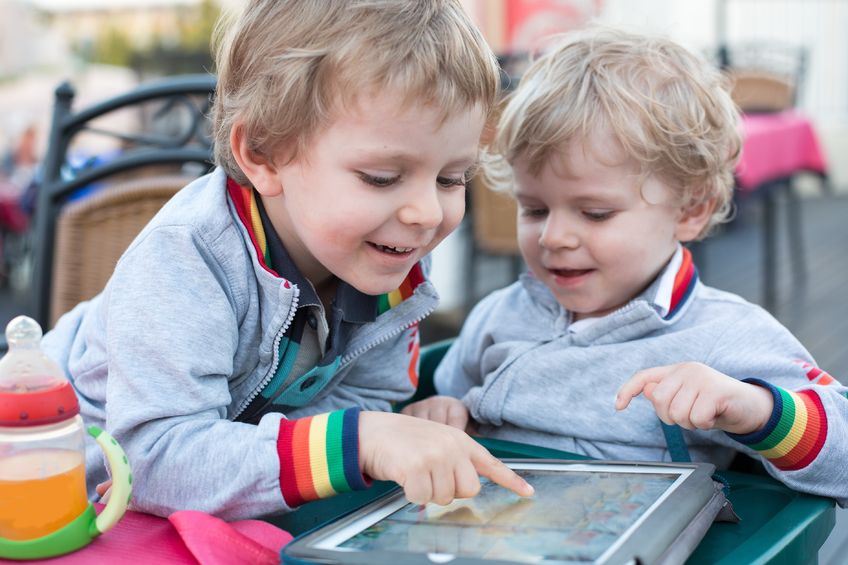 But let your educators ask themselves a question: ‘On what basis do they choose picture books and music CDs when teaching young children, but not an iPad which can combine these sensory delights with moving pictures and a simple interactive capability a tiny child can control with one finger?’

FD: Using technology as an example, you seem to imply that our nursery education system may not be flexible enough to cope with our generation of digital learners?

LV: I say again that many of your educational phases are struggling to understand how to accommodate the flexible learner within a system devised according to Piaget’s notion of fixed developmental stages. We have always known how a child’s first teachers (his parents) impart their knowledge; how Scaffolding guides his early efforts; how the Zone of Proximal Development shows that ‘what the child is able to do in collaboration today he will be able to do independently tomorrow.’ (Vygotsky, 1934) And we know how rapidly these influences help a child’s learning to progress. It just seems such a pity we are so reluctant to embrace socially available digital tools which at last have the flexibility to offer totally child-centred learning support.

FD: Surely you must acknowledge our childcare settings at least try to incorporate a lot of the nurture and support you advocate. What about the contribution visiting parents make – help with reading, for instance?

LV: These must, of course, be acknowledged, and I am very much in favour of anything which draws upon the social-cultural aspects of learning. But in a digital age where grandparents can read bedtime stories to a baby on the other side of the planet, and mobile devices can send and receive ideas which move at the speed of light, we seem to have failed to acknowledge an important reality, which Marc Prensky puts like this:

‘… our digital immigrant instructors, who speak an outdated language (that of the pre-digital age), are struggling to teach a population that speaks an entirely new language’. (Prensky, 2001b)

FD: So are you saying there may be new forms of cognitive development we are overlooking?

LV: Precisely that! If you Google John Dewey, you’ll see he warned as far back as 1915, ‘If we teach today’s students as we taught yesterday’s, we rob them of tomorrow’.

FD: Moving on a little, I’m sure professional colleagues would say they are obliged to be cautious. There is talk of social deficits associated with too much screen time, some fears that screen swipes cause wrist problems and a widespread belief that some parents are just using iPad games as very little more than electronic babysitters.

LV: So a child is quiet and happy interacting with a book or a toy, and that’s OK for you, but you question the concept of allowing him to interact with an iPad for the same purpose (and with which he can do so much more)? That I find hard to excuse. And looking at this issue historically, I note there were early moves to ban TV for children on the grounds it would damage their eyesight!

As with most aspects of child development, good parenting is the key. Young children have always looked to their parents to safeguard and regulate their activities, so adopting a sensible and informed approach is what’s needed. There’s no need to be fearful, though I sense that such fear is strongest in those who understand the least. 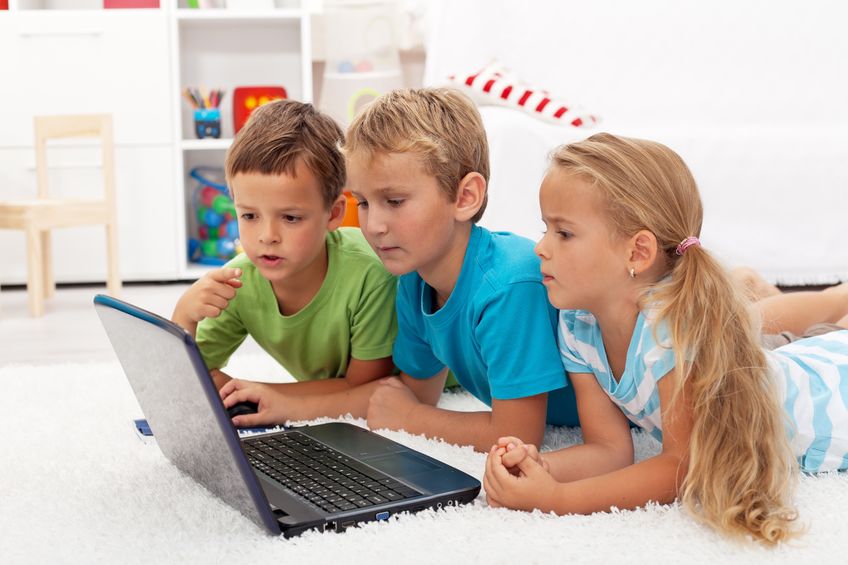 Perhaps I can reassure you a little on the research, or at least ask Angela Scollan and Beth Gallagher to do so:

‘… children talked nine times as much while on the computer compared to when working with jigsaws … playing and learning together on the computer can foster cooperation and a range of social skills including the development of self-concept, sharing, and turn taking. These findings illustrate a collaborative sociocultural perspective expounded by Vygotsky.’ (Scollan and Gallagher, 2016)

But you are also right, we need more research – not to ban the use of technology, but to properly harness this new technological landscape, and use it to support our children in their journey.

If I can finish with something from the the Lebanese poet Khalil Gilbran. Even though these words were written in 1923, I’m sure you can see why I offer them now to those who want the best for the children in their care:

‘Your children are not your children, you may house their bodies but not their souls, for their souls dwell in the house of tomorrow which you cannot visit, not even in your dreams.’

FD: Lev Vygotsky, thank you so much.